Robert Langdon, Harvard professor of symbology and religious iconology, arrives at the ultramodern Guggenheim Museum Bilbao to attend a major announcement—the unveiling of a discovery that “will change the face of science forever.” The evening’s host is Edmond Kirsch, a forty-year-old billionaire and futurist whose dazzling high-tech inventions and audacious predictions have made him a renowned global figure. Kirsch, who was one of Langdon’s first students at Harvard two decades earlier, is about to reveal an astonishing breakthrough . . . one that will answer two of the fundamental questions of human existence.
As the event begins, Langdon and several hundred guests find themselves captivated by an utterly original presentation, which Langdon realizes will be far more controversial than he ever imagined. But the meticulously orchestrated evening suddenly erupts into chaos, and Kirsch’s precious discovery teeters on the brink of being lost forever. Reeling and facing an imminent threat, Langdon is forced into a desperate bid to escape Bilbao. With him is Ambra Vidal, the elegant museum director who worked with Kirsch to stage the provocative event. Together they flee to Barcelona on a perilous quest to locate a cryptic password that will unlock Kirsch’s secret.
Navigating the dark corridors of hidden history and extreme religion, Langdon and Vidal must evade a tormented enemy whose all-knowing power seems to emanate from Spain’s Royal Palace itself . . . and who will stop at nothing to silence Edmond Kirsch. On a trail marked by modern art and enigmatic symbols, Langdon and Vidal uncover clues that ultimately bring them face-to-face with Kirsch’s shocking discovery . . . and the breathtaking truth that has long eluded us.
Source

Why it was necessary to read Origin?

Yes, I have to acknowledge that I truly love Dan Brown and his books. All of them… So for sure I could not resist to get the new one.

Unfortunately it was not like I expected. Inferno was a really great book and enthralling. Full of historical facts and new codes. Stop and go. And u didn’t know how it would end.

After Robert Langdon received a mysterious invitation from his friend and futurologist Edmund Kirsch, Langdon traveled to Bilbao to participate the event in the Guggenheim museum. Kirschs discovery who will appalled mankind will be declared. Of course the director of the museum, Ambra Vidal, is also present and waiting full of tension the presentation.

Beside the main characters, Winston an artificial intelligence (AI) is predominately in his actions. Winston is a created program from Edmund Kirsch that is able to „think“ in a very fast way and learns to take decisions by himself. So he was one who warned Langdon that someone is trying to kill Kirsch. But he wasn’t fast enough and suddenly the scientist lies dead on his stage. All hell is breaking loose. No one can believe what happened.

Together with Vidal, Langdon is trying to escape because the police and the royal guardians want to catch. Maybe he was the one who shot. They decided to resort to Barcelona to find Kirschs labor and publish his presentation. Therefor they need to a password with 47 letters… A line from a poem about a special prediction.

You think that is hard enough? No, also three leading Clerics of the Islam, Christianity and Judaism want to prevent that the world knows about Kirschs discovery.

Origin could entrain me in his way. The topic about future technology and the questions: Where do we come from? Where are we going? Were really interesting. Nowadays we re not so far with our knowledge about AI but it is a little bit scary what could happen.

I admire the spelling style of Dan Brown and his flexibility. Comprehensible explanations make it much easier to understand complex topics and to follow the story. In which I am elated by his research. Every book brings new facts and awarenesses which are incredible interesting.

The most disturbing thing in origin was the way how they tried to decipher the code… It was just too fast and too easy. Every step was foreseeable…

Despite of all my criticism I think that Origin is still a great book. Unfortunately something was missing to convince me by 100%. 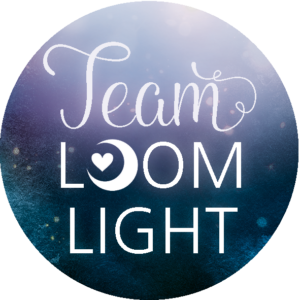